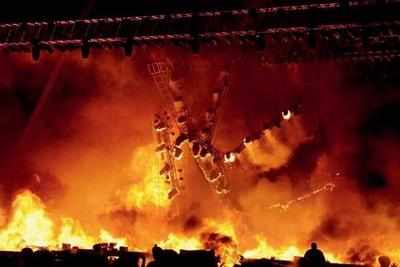 RAIPUR: Even as Bastar police claim that Maoists were ‘frustrated’ over loss of their 15 cadres in Sukma and have burnt some houses including those of police personnel in a village in Sukma, Maoist spokesperson ‘Vikalp’ in a 9.35 minute youtube audio refuted police’s claim alleging security forces of beating and looting the villagers and later setting their houses on fire, during the operations conducted between May 13-15. The female voice of Vikalp, secretary South Bastar Divisional Committee in the audio alleged that during the joint operation of CRPF, CoBRA, STF and DRG between May 13 and 15, houses of at least a dozen villagers were put on fire at Rayagundam and neighbouring villages.“Group of more than 150 security personnel rounded up the villages late at night and started indiscriminate firing towards the houses. Before setting their houses ablaze, they brutally beat up the villagers and looted their ornaments, cash and stuff used in daily chores leaving them only upon clothes. Most of the village has been gutted,” Vikalp said. She added that there were many villagers collecting tendupatta leaves in forests, who were beaten and taken away by the forces. Vikalp also alleged that former sarpanch of Chintagufa, Podiyam Panda was forcibly picked from his village and many like him were shoved into jails.

“We condemn the way government is killing innocent tribals, creating terror among local population and to provide security to corporate companies indulged in illegal acquisition of ‘jal, jungle and jameen’. On the contrary, Sukma SP Abhishek Meena told TOI that confirm reports of two houses located at Rayagundam were burnt by Maoists were received and those houses belong to relatives of a constable and assistant constable. Maoists were frustrated over their loss of cadre during the three day long joint operation by security forces. Police said that houses of constable Podiyam Nand and assistant constable Madvi Jogga were burnt along with few other civilians who didn’t support Maoists. KALLURI, YOU ARE NOT WELCOME IN OUR UNIVERSITIES!